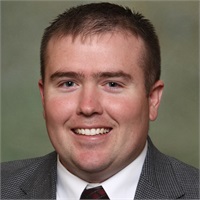 Brian Wells is a Financial Advisor with Securities America. Since 2008, Brian has been helping clients build their long-term financial plans, working with hundreds of clients throughout several states. Brian is the owner of Compass 360 Financial Solutions, his local office located in downtown Blanchard, Oklahoma.

Brian graduated from The University of Georgia with a bachelor's degree in 2008, which he completed while simultaneously serving in the Georgia Army National Guard. He served with distinction in Operation Iraqi Freedom, earning the Army Commendation Medal, as well as the Combat Infantryman Badge, while patrolling the streets of Baghdad.

The spirit of sacrifice that he learned while serving with his fellow soldiers is what guides him through his daily life. The experiences gained on the battlefield have helped mold him into the person he is today. Lessons learned from the Army, such as attention to detail, vigilance, self-sacrifice, have served Brian well in his career as a financial advisor, helping him to be the best advisor that he can possibly be for his clients.

Brian lives in Blanchard, Oklahoma with his wife, Karesa, and two sons, Jasper, and Sawyer. He enjoys spending time with family, golfing, and being an integral part of his community, serving roles in his church as well as the local chapter of the Lions Club.

Your source for updated market and economic news.